It’s an old guitar I got as a Christmas present one year when I was feeling especially ambitious.

I thought it would be a good idea to discover my hidden musical talents.

However, once I realized I couldn’t just pick it up and play I decided musical talents were overrated.

As the story goes, the guitar got handed down to my sister who actually took guitar lessons in High School but with most new found hobbies they get forgotten.

So the guitar sat in her closest for a while.

When we pulled it out again we discovered the humidity had killed the guitar causing the strings to warp and the neck to break.

I decided that instead of tossing it to the curb, I would reclaimed it and turn it into art.

Playing with my artistic talents instead of musical talents this time.

Thus, “The colour of Music” was born. 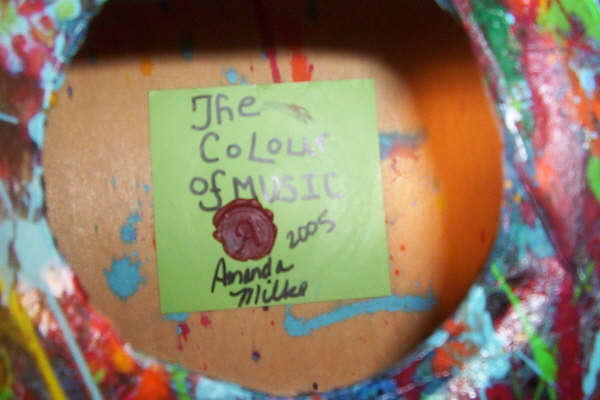 And, just as it started, it again became a Christmas present, this time for my sister.

3 thoughts on “The colour of music”

Search through the archives