As promised, here is one of the abstract paintings I did while I was sick.

The inspiration for this piece  comes from the first few verses of Genesis chapter one.

The painting is called: “The Beginning of the Beginning.” and is painted on 8″ x 10″ canvas board.

Below are  the verses for your reference. 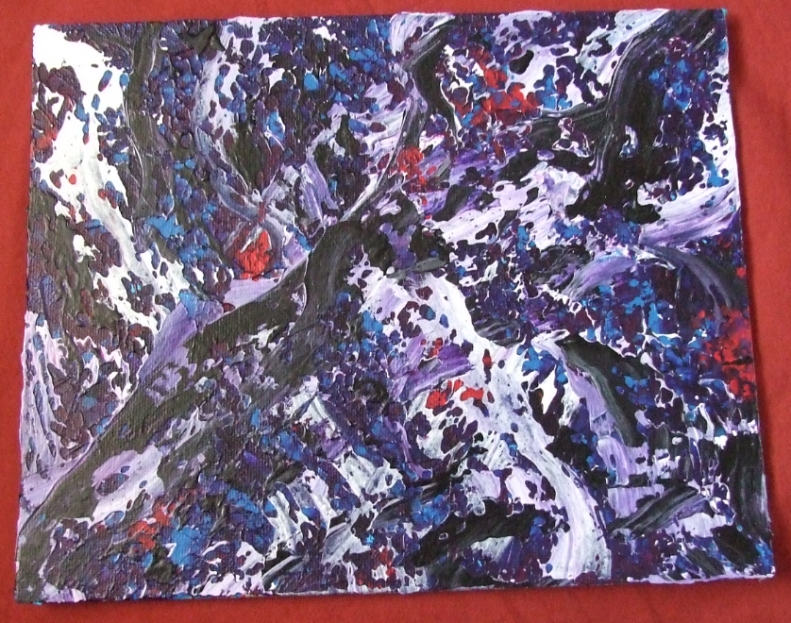 Check in tomorrow for the next piece.